Alibaba Group (NYSE: BABA) tonight revealed more features and highlights of its eagerly awaited 2016 11.11 Global Shopping Festival Countdown Gala, including a whole raft of interactive entertainment programs and an exciting line-up of special guests including basketball player Kobe Bryant and popular band OneRepublic. There will also be some surprise guests on the night bringing even more excitement to the event that is expected once again to draw the attention of a global audience. 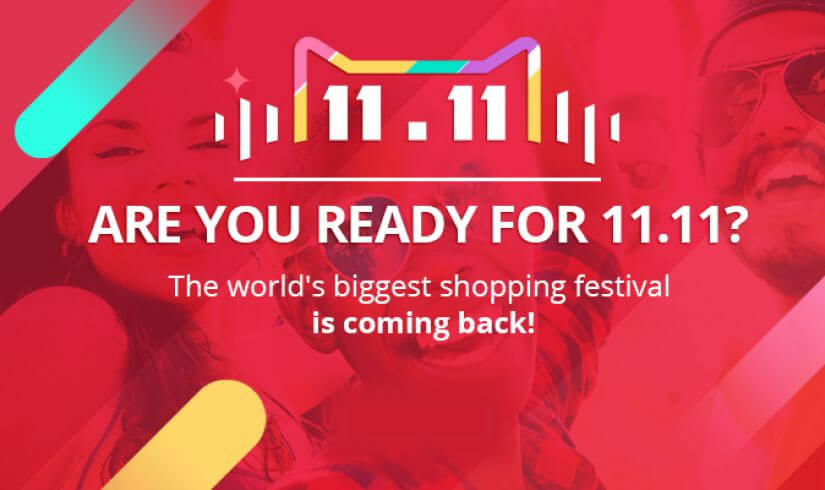 More features and highlights of the gala, to be held in Shenzhen on November 10th, were revealed today. As Alibaba strives to take its flagship event up another notch this year, the announced line-up demonstrates that the festival offers consumers so much more than shopping. Not only will international celebrities, music idols and football stars participate or perform on the night, the gala will also introduce a wide range of multimedia activities that are going to engage consumers globally.

This year’s gala reflects the strategic focus of Alibaba’s globalization efforts, as demonstrated in the range of participating brands and merchants, in addition to the starry line-up of international guests.

Chris Tung, chief marketing officer of Alibaba Group, said at tonight’s press conference in Beijing: “The gala will be a global carnival, a world-class performance that involves the audience throughout the event with many touchpoints and is like nothing else you would have experienced. Last year was an incredible show and attracted attention from around the world, and this year we are going to surpass this and push the boundaries of entertainment by co-creating programs with global brands and production studios. So make sure that you are ready and tuned in to get the party started on November 10th!”

As the director of this year’s gala, Los Angeles-based TV producer David Hill attended today’s press conference and commented: “I’m excited to have been brought in to be part of something that is so unique. Combining Alibaba’s technology with my experience at other global events we are going to develop a spectacle like no other. This is going to be entertainment that goes beyond expectations and we have a chance to continue to build the legacy of this event. November 10th is eagerly awaited both in China and throughout the world — I’m looking forward to working with the team over the coming days to ensure that people aren’t disappointed.”

This year the gala will re-define “interactive entertainment” by engaging consumers at an unprecedented level. One example is that viewers will be able to take part in competitions by shaking their smartphones equipped with Taobao or Tmall apps during the event, with big prizes to be won or even the chance to win the celebrities’ clothes right off their backs. Viewers will also have the chance to play the role of director in certain gala segments where they can let the story play out the way they want it to.

In a new element for this year, there will be four one-minute advertising time slots available for free in the categories of consumers, brands, non-profit organizations and 11.11 participants. The lucky winners in each of these areas, who will be chosen as the most-innovative and most-inspiring, will be given the opportunity to have their ad videos played and promote themselves in front of an audience of hundreds of millions.

This spectacular gala show, plus mobile live streaming, virtual reality shopping, interactive games and an eight-hour live-streamed fashion show leading up to the November 11 underscore the role that strong entertainment and interactive content will play in engaging all consumers and helping merchants explore new and creative ways to market their brand and products.

This year the gala will be held for the first time in the southern Chinese city of Shenzhen at Shenzhen Universiade Sports Centre. The gala will be broadcasted live by the official media partner, Zhejiang Satellite TV. Alibaba’s media assets like Youku Tudou, Tmall TV Box and UC Web will also be conducting live broadcasts of the gala.

Last year the gala was held in Beijing, at the Water Cube. Watched by around 100 million viewers, the four-hour show featured a lot of local and international celebrities. TMall generated RMB91.21 billion (around US$14.34 billion) in gross merchandise volume (GMV) on 11.11 last year, surpassing U.S. online shopping on Black Friday and Cyber Monday combined.